Who has “clean hands” regarding slavery and human rights abuses? 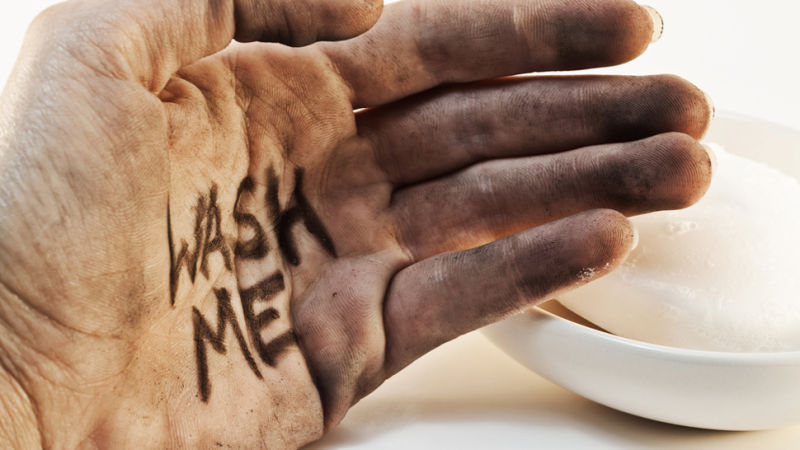 I recently saw this article from Monday, July 12, 2021, where Michelle Bachelet, the U.N. High Commissioner for Human Rights, addressed the U.N. Human Rights Council in Geneva Switzerland. Her general point was that countries that profited from slavery and colonialism must make ‘Reparations’ to those who suffered from slavery. She said, “Communities, families, and individuals were deprived of lives, livelihoods, resources, and rights and this still continues.”

Bachelet presented the council with a report on “systemic racism”, and told the council that research “could not find a single example of a state that has comprehensively reckoned with its past or accounted for its impacts on the lives of people of African descent today.” A sworn agnostic, and member of the Central Committee of the Chilean Socialist Party (Partido Socialista), Bachelet was elected and sworn in as the President of Chile in March 2006. Chilean law prevents consecutive terms, but when she was eligible for re-election, she successfully ran in 2014, becoming the first President of Chile to be reelected since 1932. After leaving office in 2018, she became the seventh High Commissioner for Human Rights in the history of the United Nations.

First of all, I find this all very interesting, because at the core of Socialism is the use of force to deprive individuals (and families) of their unalienable rights, like the right to privately own resources, to select a livelihood of their choice, and even the basic right to life itself, all in the name of “the greater good”.

Allow me to share some quotes regarding the global institution of slavery from someone that I respectful refer to as #ThatDude, Thomas Sowell, Ph.D. He has said:

“Those who have been through our schools and colleges, or who have seen our movies or television miniseries, may well come away thinking that slavery means white people enslaving black people. But slavery was a worldwide curse for thousands of years, as far back as recorded history goes.”
&
“The history of slavery across the centuries and in many countries around the world is a painful history to read – not only in terms of how slaves have been treated, but because of what that says about the whole human species – because slaves and enslavers alike have been of every race, religion and nationality.“
&
“If the history of slavery ought to teach us anything, it is that human beings cannot be trusted with unbridled power over other human beings – no matter what color or creed any of them are. The history of ancient despotism and modern totalitarianism practically shouts that same message from the blood-stained pages of history.”

As someone who loves to study history, and has made a living by utilizing the critical thinking skills I have developed over the decades, when I look at the virtue signaling from Michelle Bachelet, I’m compelled to ask questions. I find myself wondering and asking things like, “So, if countries that benefited in the past from slavery must now pay reparations, does that mean that the tiny nation of Benin (population 13.3 Million), formerly known as the Kingdom of Dahomey, with a GDP in 2020 of $15.65 Billion, should have to pay reparations for their significant role in the African Slave Trade?”
** By comparison, the state/commonwealth of Pennsylvania has a population of 12.8 Million, but a GDP of $694.2 Billion **

King Tegbesu (or Bossa Ahadee) reigned over Dahomey/Benin from 1732-1774. It’s been reported in the BBC that he made $341K/year (that’s more than $77M/year in 2021 dollars, adjusted for inflation as of 2020 according to the Bank of England Inflation Calculator) selling other human beings from Africa into slavery in 1750.

King Ghezo (who reigned over Dahomey/Benin from 1818-1858) said in the 1840’s he would do anything the British wanted him to do apart from giving up slave trade. He is quoted as saying:

“The slave trade is the ruling principle of my people. It is the source and the glory of their wealth…the mother lulls the child to sleep with notes of triumph over an enemy reduced to slavery…”

One of the many problems with Leftist/Regressive/Socialist minded people like Bachelet is that they always begin with a faulty premise about the history of humanity. This is because they have an entirely unrealistic vision about human nature itself.
In “Federalist Papers NO. 51”, published February 8, 1788, Alexander Hamilton and James Madison famously said, “If men were angels, no government would be necessary. If angels were to govern men, neither external nor internal controls on government would be necessary. In framing a government which is to be administered by men over men, the great difficulty lies in this: you must first enable the government to control the governed; and in the next place oblige it to control itself.”

Beneath all of their virtue signaling and apparent love for humanity and desire for justice, people like Bachelet ultimately believe that they themselves are the angels. They see themselves as being inherently “good”. Her agnosticism and Socialist views are in direct contradict with the beliefs and values that any Bible believing Christian should hold dear. When Jesus was counseling the “Rich Young Ruler” in Luke 18:18-23 (NKJV), He made it clear that there are none that are “good” except God. He also exposed that the young man was not as “good” as he believed he was.

Luke 18:18-23
18 Now a certain ruler asked Him, saying, “Good Teacher, what shall I do to inherit eternal life?” 19 So Jesus said to him, “Why do you call Me good? No one is good but One, that is, God. 20 You know the commandments: ‘Do not commit adultery,’ ‘Do not murder,’ ‘Do not steal,’ ‘Do not bear false witness,’ ‘Honor your father and your mother.’ ” 21 And he said, “All these things I have kept from my youth.” 22 So when Jesus heard these things, He said to him, “You still lack one thing. Sell all that you have and distribute to the poor, and you will have treasure in heaven; and come, follow Me.” 23 But when he heard this, he became very sorrowful, for he was very rich.

Leftist like Bachelet believe and have a vision that if enough money, power, and ultimately control were simply consolidated in the hands of “the anointed” (like themselves), then they could fix all of the worlds problems. As Thomas Sowell wrote in his amazing book “The Vision of the Anointed: Self-Congratulation as a Basis for Social Policy” published in 1996, “The vision of the anointed is one in which ills as poverty, irresponsible sex, and crime derive primarily from ‘society,’ rather than from individual choices and behavior. To believe in personal responsibility would be to destroy the whole special role of the anointed, whose vision casts them in the role of rescuers of people treated unfairly by ‘society.”

When I hear about and read the kind of things said by people like Michelle Bachelet, or by anyone who sits on the U.N. Human Rights Council, I find myself thinking back to the 1945 book “Animal Farm” by George Orwell. The pigs talked a sweet game to all of the other farm animals, making it sound like they really cared about their welfare. However, for over 100 years, the allegorical “Animal Farm” story has occurred in reality on every continent, in dozens of different countries, among dozens of different ethnic groups, and the results are ultimately always the same as the book. The “pigs” rise to power, and ultimately become far more tyrannical than the previous ruler.

For Leftist/Regressive/Socialist minded people, like everyone on the U.N. Human Rights council, slavery and racism, as terrible of a stain on humanity as they are, are nothing more than a means to an end. Constantly referencing the unchangeable history of slavery and demanding that countries like the United States (who paid a terrible price in blood and treasure during our Civil War for our part in the slave trade) is nothing more than a tool to help the pigs agitate the other farm animals into a revolution, so that they can eventually take over. They rely on the ignorance of a sizeable percentage of people, and their ability to emotionally manipulate them, whipping them into a frenzy.

Information and education about the real true history of human nature and human behavior is the most effective tool we have to counteract and nullify their villainous plans. So many people want to believe that there is some nation, or some ethnic group, that has “clean hands” regarding slavery, or the violation of #UnalienableRights. The truth is…you would be hard pressed to find any ethnic group, anywhere, in the history of mankind, who has “clean hands”. No one who promotes Socialism has any business acting as if they have “clean hands”, because that ideology has arguably produced more bloody hands over the last 100 years than any other ideology in the history of mankind. No amount of soap & water, or manipulation of the facts, can cleanse that wicked ideology.