Future Marine shows what being an Unhyphenated American is all about. 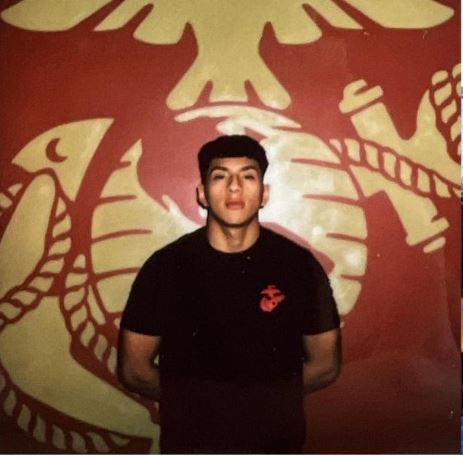 The United States Marine Corps has the well-known motto of “Semper Fidelis”, which is Latin for “Always Faithful”.  On their website, the U.S. Marine Corps states that their core values are “Honor, Courage, and Commitment”. They go on to say that, “if you are to become one of us, they will be the values you live by and fight with as well. They are the building blocks that will aid you in making the right decisions at the right time, both on the battlefield and in our Nation’s communities.” After the events of Monday, June 13, 2022, I think that 17-year-old Anthony Zhongor is well prepared to exemplify and embody those core Corps values.

The high school student from Patchogue, NY in Long Island was sitting in his car, listening to some music on Monday night, and was startled by the sound of a huge splash. He looked around and saw everyone running toward the dock. It turned out that 18-year-old Mia Samolinski was trying to park her car, and accidentally hit the gas instead of the brake pedal, causing her car to accelerate, roll over the boardwalk, and plunge into the water.

Zhongor observed that a crowd of onlookers quickly gathered, and as has become typical, people pulled out their phones to record, but no one was doing anything to help. Zhongor saw that Mia Samolinski was trapped in the car, trying to open the car door of her small SUV, and trying to break through the glass. That’s when Zhongor sprang into action. Check out the video.

It’s been my experience that many of our nation’s greatest warriors are often the most quiet and humble. After getting the back door open, and pulling Mia to safety, Anthony Zhongor simply went to McDonald’s, and then went home to his family without mentioning anything to his family. It was only after his heroics were broadcasted on the local news later that night that Anthony acknowledged what he had done for his fellow human being, and fellow American. Oddly enough, Anthony and Mia are classmates at the same high school, but didn’t know each other, until Mia’s life was saved by Anthony, the humble hero.

Historically, the Marines have always been the smallest of the 1.3 million active duty personnel in the four major armed forces under the U.S. Department of Defense (the Coast Guard is under the Department of Homeland Security). Constituting just 1.3% of the active U.S. military, Marines are known as ‘The Few, The Proud, The Marines”. Marines do it all, fighting in the air, on the land, and on the sea, and they are known to be “exceptional”. With a population of just 332 Million, in a world with 7,960 Million (7.96 Billion) people, the citizens of the United States of America are only 4.1% of the world’s population, and are similarly known to be “exceptional”, and “The Few, and The Proud”.

Anthony Zhongor has already proven himself to be a courageous, and exceptional American, in a land of exceptional people. I’m sure that he will be an even more exceptional Marine.