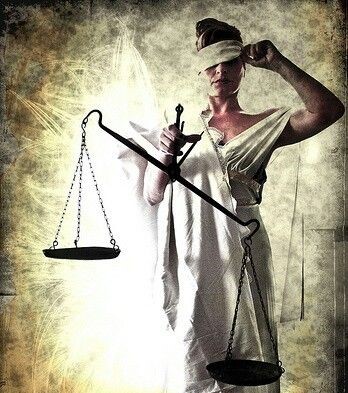 If you stop and think about it, you will recognize just how much your life has been influenced by the monumental moments that affected your parents. On August 28, 1963, my parents were 12 & 11 years old, and everyone in their age group heard the famous words, “I have a dream that my four little children will one day live in a nation where they will not be judged by the color of their skin but by the content of their character. I have a dream today.”

Four years later, my parents met, and eighteen months later they were married. I was birthed into this world a decade after Martin Luther King Jr. spoke those famous words. For my entire life, my parents emphasized that I (and my dearly departed sister) should focus on the content of our character, so that we could righteously be judged by that. My parents raised me to not only be of good character, but to judge others first and foremost according to their character.

In hindsight, I look back upon my childhood, and recognize that while I was aware of the color of my skin, I was blissfully oblivious to the idea that some people may primarily judge me according to my skin color. I was raised to see myself as a child of God, a person, a boy, a son, a brother, and an American…oh yeah, and I was also “Black”. I was never raised to think that I would be excluded from anything because I was Black, and I certainly was never raised to think that I would get anything primarily because I was Black.

I’ve been an adult for 30 years now, and I’ve since realized that the world has gone topsy-turvy, and that the world my parents raised me to believe in and aspire to has been attacked and degraded. I’m well aware of the fact that plenty of people have been discriminated against because of the color of their skin, and that’s just wrong on every level. Here’s what I never thought I would see. I never thought we would have an American President who would proclaim that they would place a person on the highest court in the land exclusively, or at least primarily, because of the most superficial aspects of their humanity.

Since the formation of the Judiciary, according to our Constitution in 1790, there have only been 115 Americans who have been honored with being able to serve on the highest court in the land. As of today, there have been a total of five women to sit on the bench, with three of them currently serving. There have been 237 Black jurists to serve as United States federal judges, and two have sat on the Supreme Court of the United States (SCOTUS).

The first woman to become a federal judge was Genevieve Rose Cline. She was appointed to the U.S. Customs Court (now known as the U.S. Court of International Trade) by our 30th President, Calvin Coolidge, on May 4, 1928. She served on the federal bench until her retirement on March 1, 1953.

The first Black person to become a federal judge was William H. Hastie Jr. Our 33rd President, Harry S. Truman, gave him a recess appointment to the U.S. Court of Appeals for the Third Circuit on October 21, 1949. He served on the federal bench until his death on April 14, 1976.

Our 36th President, Lyndon B. Johnson, appointed Thurgood Marshall to be the first Black person to serve on the Supreme Court of the United States on Oct 2, 1967. He served on the SCOTUS until his retirement on October 1, 1991.

During his 1980 Presidential campaign, the eventual 40th President of the United States, Ronald Reagan, said that he would name a woman to “one of the first Supreme Court vacancies in my administration.” He went on to say “It is time for a woman to sit among our highest jurists. I will also seek out women to appoint to other federal courts in an effort to bring about a better balance on the federal bench.” On September 25, 1981, Judge Sandra Day O’Connor became the first woman to serve on the SCOTUS. She served until her retirement on January 31, 2006.

Our 41st President, George H.W. Bush appointed Judge Clarence Thomas to be an Associate Justice of the SCOTUS on October 23, 1991. He replaced the retiring Thurgood Marshall. There was never any announcement by him that he was specifically looking for a person who was of a particular gender and ethnicity.

Our 44th President appointed Associate Justice Sonia Sotomayor to the SCOTUS on August 8, 2009, and she became the first non-White female to be appointed. However, there was never any announcement by him that he was specifically looking for a person who was of a particular gender and ethnicity.

When he was still a candidate in 2020, and badly lagging behind in the polls and standings, the future 46th President of the United States of America made a pledge to the predominantly Black Democratic voters of South Carolina. He promised to put gender and ethnicity above everything else if he gets a chance to appoint a judge to the highest court in the land. He said: “I’m looking forward to making sure there’s a Black woman on the Supreme Court, to make sure we in fact get every representation.”

I don’t know if that was specifically what put him over the top with the 60% of Democratic voters of South Carolina who are Black, but it obviously didn’t hurt him in the polls.

Considering the diversity of gender (there are only two) and ethnicity of American citizens to have served as justices on the federal court, I think it’s great to see qualified jurists of all different ethnicities rise to the SCOTUS. However, I do have a certain amount of pity for Judge Ketanji Brown Jackson. Of the four (she will make five) women, and the two (she will make three) Black people to serve on the bench, she will be the only one who comes in with any sort of cloud hanging over her head that she was chosen almost solely because of her gender and ethnicity.

While I know that I fundamentally disagree with incoming Associate Justice Ketanji Brown Jackson on the issue of liberty and our Constitution, and I would much rather not have her sit on the bench, I do pity her to a certain extent. At 51 years old, she’s a relatively young woman, and could easily serve for 25-30 years. I don’t envy her being the only person to sit on the bench where people could question her presence, because her skin color and gender were placed above the content of her character for her nomination. That’s just not the American Way, and it’s not in keeping with the dream of Dr. King.