“Grading for Equity” is un-American and promotes mediocrity and inferiority 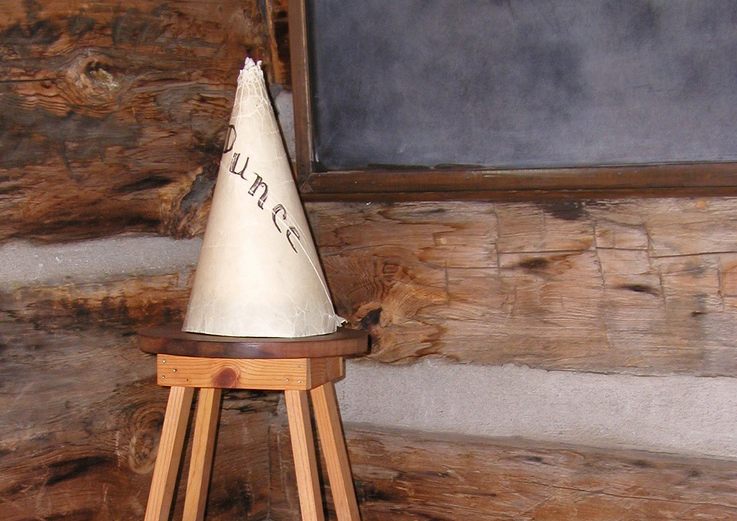 When I look at headlines like this, “Chicago High School to Implement ‘Transformative,’ ‘Equitable’ Grading System Which They Claim Doesn’t Mean Race-Based”, I’m reminded of the quote from Carter G. Woodson (1875-1950), who is known as ‘The Father of Black History’. He said, “If the Negro in the ghetto must eternally be fed by the hand that pushes him into the ghetto, he will never become strong enough to get out of the ghetto.”

At the end of the day, there are far too many people, particularly in academia, who believe in Darwinism. The shame is, of the people who are familiar with Charles Darwin (1809-1882), most people don’t know about the full-title of his seminal book. How different would the conversation be if we had to discuss Darwinism based on the full-title of his book?  “On the Origin of Species by Means of Natural Selection, or the Preservation of Favoured Races in the Struggle for Life.” was published in 1859, and it’s been a plague to humanity ever since, because it’s used as the basis for promoting the idea of inherent racial inferiority or superiority.

The article notes that according to the Illinois State Board of Education, 38 percent of sophomores fail the Scholastic Aptitude Test (SAT). The failure rate was 77 percent for black students, 49 percent for Hispanic students, 27 percent for Asian students, and 25 percent for white students. Margaret Sullivan, associate director at the Education Advisory Board, which consults colleges and universities, said teachers have to recognize when “personal biases manifest.” “Teachers may unintentionally let non-academic factors—like student behavior or whether a student showed up to virtual class—interfere with their final evaluation of students,” Sullivan said.

It’s ridiculous, and flat out racist, to believe that those black kids can’t learn and need to have standards lowered for them. The reality is, far too many of the people who work in the Public School System embrace Darwinism, which means they automatically come in with a racial bias, and then the system they go into is rife with confirmation bias. Too many people in the Educational Industrial Complex think very little of the students they are entrusted with educating, particularly the black students.

There is a 1968 “slapstick comedy” movie starring Jerry Lewis entitled “Don’t Raise the Bridge, Lower the River”. The plot is rather simple. Jerry Lewis plays George Lester, an American living in Britain, who has a passion for “get-rich-quick” schemes. These schemes ultimately end up causing personal and financial grief to him and his wife. The educational industrial complex has become a significant “get-rich-quick” scheme for far too many people, because education spending has increased every year for the past 9 years, while education standards have continually decreased. I can’t think of a better “hustle” than to be part of a system that never asks you to improve your performance, while continually increasing your funding.

If it weren’t for the fact that we are dealing with real people, and real lives, what we’re seeing in public education seems like the making of a great “slapstick comedy” movie. Instead of raising standards, and encouraging the children to soar up to hit the standards you expect from them, they are essentially lowering the river, and then watching as the kids swoop down to hit the almost non-existent standards that have been set for them. Just because they are not calling it “Critical Race Theory” that doesn’t mean that these so-called “educators” aren’t adhering to the tenets of critical race theory, as they dumb down an entire generation of our children.

Those children deserve better teachers. They deserve to be in an education system that doesn’t automatically look at them as broken and inferior, and incapable of learning due to their melanin content. They need to be in an education system that embraces the ideas of an Unhyphenated America, and believes that there are no limits on children, based solely on something as superficial as the color of their skin.