The Opportunity To Excel In America Is Not Oppressive. 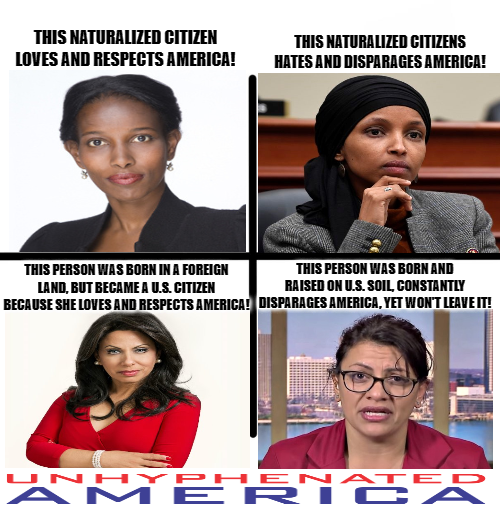 “As long as our economy and political systems prioritize profit without considering who is profiting, who is being shut out, we will perpetuate this inequality. So we cannot stop at criminal justice system. We must begin the work of dismantling the whole system of oppression, wherever we find it,” Ilhan Omar said at a social justice event in her home state, Minnesota.

The idea of “creating enemies” goes as far back as the 16th century when the philosopher, Niccolò Machiavelli, proposed it in his book, The Prince. According to Machiavelli “a wise prince, when he has the opportunity, ought to create some enemies against himself, so that, having crushed them, his reputation may rise higher.”

In countries around the world, politicians have portrayed certain groups of people as the oppressors, or enemies, of the people they are trying to gain support from. The Chinese in Malaysia, the Igbos in Nigeria, the Armenians in the Ottoman Empire, and the East Indians in Uganda are some of several examples of prosperous minority groups that were discriminated against by the majority.

Politicians have constantly pitted the poor working-class against the rich by making blanket statements such as “the rich are taking from the poor.” It is astounding that such statements are widely accepted as facts among media personalities and other influential figures, yet not a speck of evidence is presented nor asked for. In 1972, General Idi Amin, President of Uganda, ordered the mass expulsion of Asians on similar grounds. If we follow such a belief to its logical conclusion, then it would be understood that Ugandans would’ve been more prosperous if the Asians weren’t around to prevent them from doing so. It turns out that Ugandans were actually worse off after the Asian departure. CIA records state that there were “virtually no African entrepreneurs to take over the commerce of the country, nor are enough African skills available to keep essential services functioning.” The same records also state that “it is no longer possible to get a haircut in Kampala.”

Many on the political left seem to think that “dismantling the whole system of oppression” is a plausible idea. The way they would like to go about it is by redistributing wealth. However, what such proponents fail to consider is that one can confiscate a group’s current wealth, but not their future wealth. In fact, wealth doesn’t just consist of tangible assets such as real estate. Wealth, also consists of intangible assets, commonly referred to as human capital, which give people the skills and abilities to achieve economic prosperity. In countries around the world, redistribution of wealth has led to a redistribution of poverty. Communist nations such as the Soviet Union and Cuba serve as prime examples, but the failures of such policies are usually explained away as the faults of the leaders of that time.

Politicians and activists often argue that economic inequalities are a product of discrimination and use black and white income differences to support their view. However, several groups of individuals have a higher income compared to other groups. Moreover, such agitators often avoid mentioning that Asians have significantly higher income compared to whites. According to Proceedings of the National Academy of Sciences of the United States of America, “Asian Americans have higher grades and standardized test scores, are more likely to finish high school and attend college, and are more likely to attend the most elite colleges relative to whites.” One should not be surprised that education can lead to more opportunities for the educated. For example, Dunbar High School, also known as M Street School up until after 1916, was a predominantly black school, and had an eighty-five-year history of success (1870-1955). Many graduates from this school earned degrees from Ivy League colleges and other primarily white institutions. Dunbar also produced the first black federal judge, the doctor that discovered blood plasma, and several highly ranked World War II soldiers. Between the 1940s and 1960s, the black poverty rate dropped from 87% to 47%. Between 1960 and 1980, the black poverty rate fell by another 18%. The trend occurred prior to the Civil Rights Act and the implementation of other social programs, but many leaders and politicians have robbed blacks of the respect they deserved for raising themselves out of poverty by making it appear as a favor from the government. Blacks have achieved economic prosperity by their own efforts during a time when racism and poverty was far worse than today, but modern day demagogues like Omar continuously use rhetoric that implies blacks are inferior and need “rescuers.” Such a mindset is inherently racist, as it assumes that certain ethnicities are superior to others.

Instead of dogmatically voicing the idea of oppression, leaders like Omar should be more focused on promoting economic empowerment among minorities. This progress can begin to occur by encouraging minorities to focus more on education and obtaining skills that others are willing to pay for. The idea that everybody’s problems are caused by someone else is a con game played by politicians and activists that seek to control the majority by pitting them against one another. We must not forget that many politicians and activists are like home inspectors. They have an incentive to find something wrong in order to justify the existence of their positions. Otherwise, they would sacrifice their incomes and their platform. In 1911, Booker T. Washington, a former slave, wrote: “There is a class of colored people who make a business of keeping the troubles, the wrongs, and the hardships of the Negro race before the public. Having learned that they are able to make a living out of their troubles, they have grown into the settled habit of advertising their wrongs-partly because they want sympathy and partly because it pays. Some of these people do not want the Negro to lose his grievances, because they do not want to lose their jobs.”

Rather than continuing to fuel the division, we need to act collectively as unhyphenated Americans and promote the values that our nation was founded upon. This current level of division and balkanization has led to slaughters and uproars in countries around the world, and our nation will suffer the same fate if we continue in this direction. The facts in this article may resonate with some, but they might also be dismissed by many due to the contrary narrative they present. The reason most people like politicians over economists is similar to the reason most children like people who serve candy over people who serve vegetables. Politicians portray themselves as “the candy man” by offering sweet tasting things that provide no nutritional value. Politicians promise something in return for nothing, while economists inform the public that there is no such thing as a free lunch. Like eating a steady diet of candy, the policies being proposed by the political left will hurt minorities far more than any other demographic, yet many are caught up in how good such ideas sound at the surface.

We must avoid making emotional arguments and repeating political slogans, but rather confront painful realities and have tough conversations grounded in facts. Refraining from open-minded discussions regarding hard subjects will only lead us to societal and economic backwardness. An unhyphenated America is not about getting equal outcomes, it’s simply about being united in the belief of our foundational principles. An unhyphenated America offers you equal protection under the law, and the opportunity to have decidedly unequal outcomes, if you’re willing to put in an extraordinary level of work. That’s not oppression, that’s called freedom and liberty.