The Gun Debate Is Over 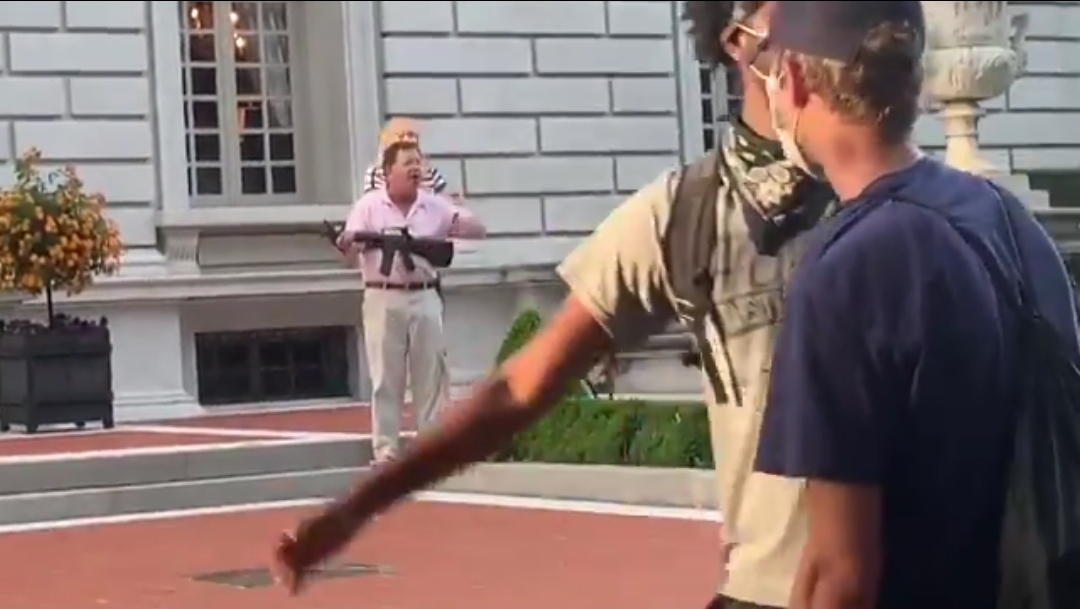 For years, media outlets and politicians have been advocating for gun control laws in the name of public safety. Due to the recent riots and acts of terrorism being committed in the name of “justice”, everyone should ask why gun control laws are the answer to today’s problems. Nevertheless, demagogues will continue to promote this idea in utter disregard of facts that contradict their vision.

One of the most commonly cited reasons for gun control laws is the occurrence of mass shootings. Advocates of these laws fail to consider that the only thing that stops a mass shooter is, 1) the shooter running out of ammunition or 2) the proverbial “good guy with a gun.” Mass shooters are constantly portrayed as individuals who are mentally insane, but they are surely sane enough to be able to successfully obtain a firearm and attack places where people are less likely to be armed. Between 1998 and 2015, 96.2% of mass shootings occurred in gun-free zones. But how often do we hear about a mass shooter attacking a gun shop or gun show?

Another fallacy that is promoted by politicians and journalists is the belief that gun control laws will suddenly lower the number of guns present among the entire population, namely criminals. Such policies will reduce gun ownership among law-abiding citizens, but gun control zealots seem to forget that criminals do not obey laws. They are merely disarming law-abiding citizens while hoodlums who operate outside of the law will continue to obtain firearms through black markets and will have an even greater incentive to commit violent crimes. In short, intentions do not automatically produce the desired results.

After the gun ban in England and Wales in 1997, the homicide rate significantly increased up until around 2003, after which the rate declined due to an increase in police presence. Ireland’s gun ban in 1972 also led to an increase in murders. The murder rate continually increased between 1972 and 2005, and rarely dropped to or below the rate it was prior to the gun ban. After Jamaica’s gun control law was passed in 1974, murder rates increased to levels far above where they were prior to its enactment. Between 1974 and 2006, the murder rate never dropped to the level it was between 1960 and 1973.

Australia’s gun buy-back program of 1996 has been commonly cited as evidence that gun control works. However, a closer examination of the facts tells a different story. Data from a study published in the British Journal of Criminology shows that prior to the Port Arthur shooting, gun homicides were already falling. After the execution of the buy-back program, there was an initial spike in firearm homicides for the first two years, but the downward trend that was occurring prior to 1996 continued afterward. Such data suggests that there is another reason for the decline in gun homicides. In fact, the study concluded that “there is insufficient evidence to support the simple premise that reducing the stockpile of licitly held civilian firearms will result in a reduction in either firearm or overall sudden death rates.”

On the other hand, the evidence does imply that the gun buy-back of 1996 may have had some negative consequences. As the number of guns were reduced due to the gun buy-back, one would think that the amount of armed robberies would reduce in proportion to that. On the contrary, armed robberies increased after the buy-back, and over the next decade, there was only one year where the armed robbery rate was near where it was in 1995. Australia’s gun buy-back reduced the number of privately-owned firearms by over 1 million. By 2010, the number of available firearms went back to the level it was in 1996. Some may explain this phenomenon away by claiming it was due to an increase in the populace, however, the population increased by 19% between 1997 and 2010 while the total number of firearms increased by 45%. Based on the logic of gun control advocates, armed robberies should have increased due to a higher number of guns circulating around the nation, but for the first time in over a decade, 2010 had a significantly lower armed robbery rate than 1995, the year preceding the gun buy-back.

For the sake of providing accurate information, the data presented was broken down into specific terms related to gun homicides, rather than gun violence. Gun violence is a broad category that contains numerous specifics including but not limited to firearm-related homicides and suicides. For example, statistics show that 36,383 Americans die from gun violence annually, but 61% of these deaths are due to gun suicides.

Gun control advocates may argue that gun control would lower the amount of suicides. Such a proclamation ignores that almost 50% of suicides do not involve firearms, and the possibility that the amount could increase if the number of available guns is reduced. After Australia’s gun buyback program in 1996, non-firearm related suicides continued to increase while firearm suicides were decreasing. However, firearm suicides had already been decreasing prior to 1996 while non-firearm related suicides were increasing and continued to do so after the buyback. This suggests that there were other factors involved.

Regardless of the facts, gun control zealots continue to promote their dogma and make efforts to prevent any opposing evidence from clouding their vision by assuming a sense of moral superiority over their dissenters. In light of current events, we can see that disarming citizens and defunding police departments doesn’t help anyone except criminals. Such ideas may sound plausible, and even attractive, at face value, because they appear to provide something for nothing. However, when the costs and benefits of such policies are analyzed, the costs are paid by law abiding citizens while the benefits are awarded to hoodlums who persist in criminal behavior and politicians who want to secure votes. Every tragic shooting that occurs highlights the ignorance and utter defiance of facts from media personalities and demagogues. It appears that the fruits of gun control policies can only be enjoyed if one cherry-picks the data.