How Important Is Juneteenth For The Rest Of America? 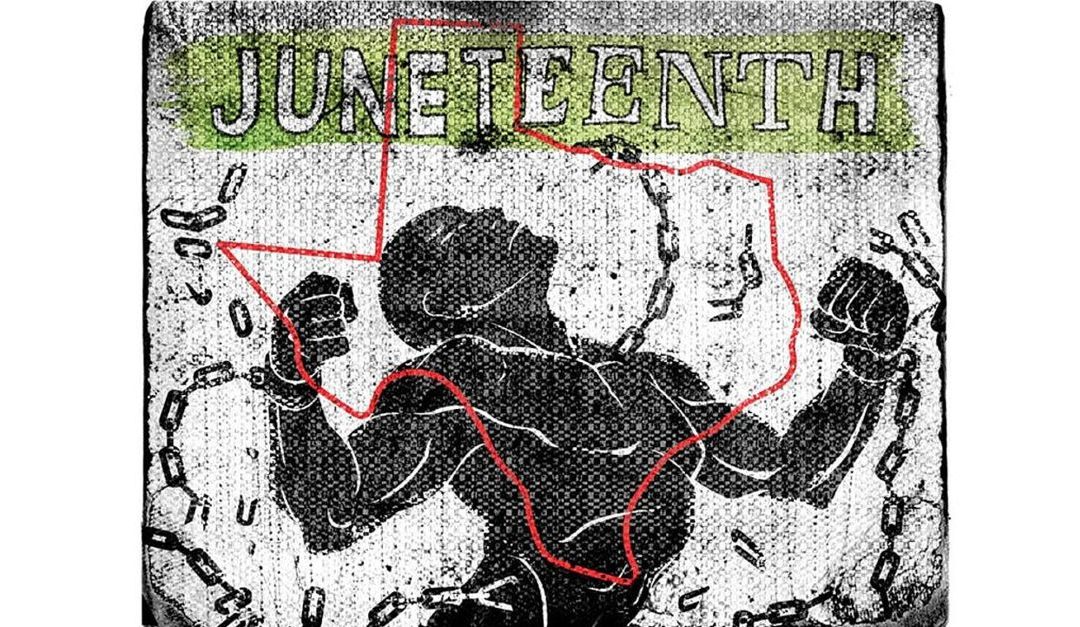 In a thread on my Facebook page, I stated that “I have NEVER celebrated Juneteenth, and neither have a large majority of Black folks.”

Someone replied, “Will you now? Why wouldn’t you celebrate the freedom of slaves? Just curious.”

I’m glad that person asked that question. But I’m going to answer their question with another question. “When did slaves become free?”

Was it on July 13, 1787? That is when the Continental Congress (the predecessor of the Congress of the United States of America), said in Article 6 of the Northwest Ordinance of 1787 that, “There shall be neither slavery nor involuntary servitude in the said territory, otherwise than in the punishment of crimes whereof the party shall have been duly convicted: Provided, always, That any person escaping into the same, from whom labor or service is lawfully claimed in any one of the original States, such fugitive may be lawfully reclaimed and conveyed to the person claiming his or her labor or service as aforesaid.”

Was it on March 22, 1794? That is when President George Washington signed the Slave Trade Act of 1794, which was the first of several anti-slavery trade acts created in the new formed United States of America. The act prohibited transporting slaves from the United States to any foreign place or country. It also made it illegal for American citizens to outfit a ship for purposes of importing slaves.

Was it on January 1, 1808? That is when the Act Prohibiting Importation of Slaves was passed. President Thomas Jefferson, in his December 2, 1806 annual message to Congress, spoke strongly against the slave trade when he said, “I congratulate you, fellow-citizens, on the approach of the period at which you may interpose your authority constitutionally, to withdraw the citizens of the United States from all further participation in those violations of human rights which have been so long continued on the unoffending inhabitants of Africa, and which the morality, the reputation, and the best interests of our country, have long been eager to proscribe. Although no law you may pass can take prohibitory effect till the first day of the year one thousand eight hundred and eight, yet the intervening period is not too long to prevent, by timely notice, expeditions which cannot be completed before that day.”

Was it in May 1861?  That is when United States (Union) Army General Benjamin Butler declared at Fort Monroe, VA, that slaves who escaped into his lines were “contraband of war”, thereby, forfeit to their rebel owners? By the way, on September 27, 1862 General Butler organized and created the 1st Louisiana Native Guard, which was one of the very first Black regiments in the United States Army. The regiment was made up entirely of Free Black Men. Butler, who initially was a Democrat, became known as a “Radical Republican”.  After the Civil War, he became a U.S. Representative from his home state of Massachusetts for 12 years. While in Congress, he introduced the Enforcement Act of 1871 (also known as the Civil Rights Act of 1871, and the Ku Klux Klan Act) to combat attacks against the 14th Amendment protected voting rights of Blacks. He eventually served as the 33rd Governor of Massachusetts.

Was it on August 6, 1861? That is when Abraham Lincoln, the very first Republican to become President of the United States of America, signed into law the “Confiscation Act of 1861” which codified Benjamin Butler’s act of taking and freeing Confederate owned slaves as “contraband of war”. This act was introduced by the 37th United States Congress, where Republicans controlled both chambers, 62% of the Senate, and 58% of the House.  Oh, and by the way, this act was in direct opposition to the Fugitive Slave Act of 1850, which was passed by the 31st United States Congress, where Democrats controlled 58% of the Senate and had a 49.6% plurality in the House of Representatives.

Was it on September 22, 1862? That is when President Abraham Lincoln gave a preliminary “warning” to The South called Proclamation 93. It stipulated that if the Southern states did not cease their rebellion by January 1, 1863, then he would issue a proclamation freeing all of the slaves held within those rebellious states.

Was it on January 1, 1863? That’s when President Abraham Lincoln issued (and authorized the enforcement of) Proclamation 95, otherwise known as the Emancipation Proclamation, which freed the slaves held in designated areas within the rebellious Southern states. He said, “And by virtue of the power and for the purpose aforesaid, I do order and declare that all persons held as slaves within said designated States and parts of States are and henceforward shall be free, and that the executive government of the United States, including the military and naval authorities thereof, will recognize and maintain the freedom of said persons.”

Was it on April 8, 1864? That is when the Republican controlled U.S. Senate passed the 13th Amendment.

Was it on January 31, 1865? That is when the Republican controlled U.S. House of Representatives passed the 13th Amendment.

Was it on April 9, 1865? That is when Confederate General Robert E. Lee surrendered his 28,000 troops to the United States Army General Ulysses S. Grant at Appomattox Court House in Virginia. And General Grant told his officers, “The war is over. The Rebels are our countrymen again.”

Was it on June 19, 1865? That is the now infamous “Juneteenth”. That is the day when slaves in Galveston Texas finally heard about General Order Number 3 from United States Army General Gordon Granger, that the Civil War was over, and that President Lincoln (who died from an assassins bullet six days after The South surrendered) had issued federal orders that all previously enslaved people in Texas were free.

Was it on December 6, 1865? That is when the 13th Amendment was ratified by the required number of states. That amendment stated, “Neither slavery nor involuntary servitude, except as a punishment for crime whereof the party shall have been duly convicted, shall exist within the United States, or any place subject to their jurisdiction.” Which is exactly what Article 6 of the Northwest Ordinance of 1787 said.

Was it on December 18, 1865? That is when the Secretary of State of the United States, William H. Seward (A Republican, appointed by President Abraham Lincoln), proclaimed the adoption of the 13th Amendment.

While forty-seven states recognize Juneteenth as a state holiday, it hasn’t become a national holiday. But seriously, considering all of the facts I just laid out to you, why should “Juneteenth” be the day to celebrate the freedom of my ancestors more than any of the other days? What day are we supposed to celebrate?

I have another question. Where do our “rights” from? They can either come from Man, or The Government, or they have to come from The Creator. When did the United States acknowledge and codify that the rights of mankind don’t come from men or from government? I refer you to the first organic law of our great nation, the Declaration of Independence, which stated, “We hold these truths to be self-evident, that all men are created equal, that they are endowed by their Creator with certain unalienable Rights, that among these are Life, Liberty and the pursuit of Happiness.–That to secure these rights, Governments are instituted among Men, deriving their just powers from the consent of the governed.”

I have no problem with people wanting to celebrate “Juneteenth”, because it did represent a new birth of freedom…for slaves in Texas. However, all Americans, have reason to celebrate the 4th of July, because that represented the freedom from slavery, from all manner of tyrants, that had gripped the history of mankind. That day is the essence of American exceptionalism. That day is the foundation for celebrating all the freedoms which all of us enjoy in these here United States of America. If there is any other day that should be celebrated by all Americans in general, particularly those of us who are descendants of Africans sold into slavery and brought to the future United States of America, it should be December 6, 1865. That is the day that finally ended any legal protection of the vile institution of slavery. If we are going to have a second national holiday to celebrate freedom from slavery, let it be that day.