Leftist (Communist & Socialist) have been working to create Hyphenated-Americans for decades now. 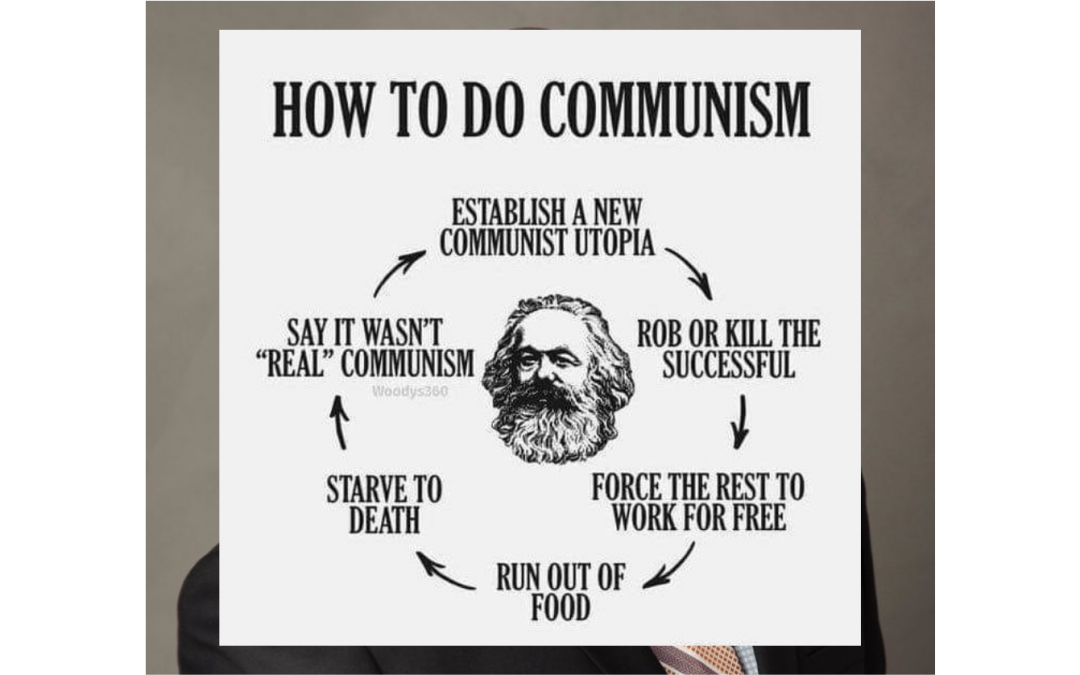 Many Americans have heard the names Karl Heinrich Marx and Friederich Engels, and their philosophy of Marxism, which gave birth to multiple forms of Socialism and Communism. Unfortunately, most of those who are Gen-X and younger seem to have no idea as to just how long Socialist & Communist have been trying to gain a foothold in America. Furthermore, most Millennial and Gen-Z Americans are oblivious to the fact that Socialist & Communist were wise enough to specifically target and utilize ethnic minorities, like Blacks in America, in order to help further their goals of degrading America from the inside-out. Take a listen to this eye-opening video and get a small glimpse into the treacherous mind of The Left.

Just so you know, one of the most ardent followers of Karl Marx, and the man who took up that ideology, modified it, multiplied it, and took over the largest geographic country on earth, was Vladimir Ilyich Ulyanov (1870 – 1924). He was the founder of the Russian Communist Party, and became the first head of the Union of Soviet Socialist Republics. When you see a few of the following quotes from Lenin, you will gain greater insight as to why they recruited Black men like Leonard Patterson in America.

“Give me four years to teach the children and the seed I have sown will never be uprooted.”

“Give us the child for 8 years and it will be a Bolshevik [Communist] forever.”

“The goal of socialism is communism.”

“Democracy is indispensable to socialism.”

“Our program necessarily includes the propaganda of atheism.”

“The way to crush the bourgeoisie is to grind them between the millstones of taxation and inflation.”

Now if you are really brave, and, in the words of Morpheus, you are willing to follow the white rabbit to see how deep the hole goes, you can do what I have done (multiple times) and invest three hours of your life into studying the history of modern Socialism, in all it’s iterations, going back 200 years. Take a look at this documentary, “Heaven on Earth – The Rise and Fall of Socialism”.

Even though the documentary talks of the “rise and fall of Socialism”, unfortunately, Socialism seems to be like the Hydra of Lerna, and every time we chop off one of it’s heads, another one grows back.

According to Greek mythology, “the destruction of the Lernean Hydra became one of the 12 Labors of Heracles. For that and other labors, Heracles enlisted the aid of his nephew Iolaus. As Heracles severed each mortal head, Iolaus was set to the task of cauterizing the fresh wounds so that no new heads would emerge. When only the immortal head remained, Heracles cut it off too and buried it under a heavy rock.”

Maybe we need to learn a lesson from Greek mythology, get a partner to help us tag-team the hydra of Socialism, and when we chop off one of it’s ugly hyphenated heads, we cauterize the fresh wound.

The only way this thing, this experiment called America, can last is by us being united and unhyphenated. The followers of the ideology of Karl Marx already know that America can’t be militarily defeated, so they have to degrade us from within. Every single time someone choose to hyphenate their Americaness, it degrades this country. Every time someone is indoctrinated to believe that they need to be part of a special identity group, they are advancing the Marxist Dialectic. Every heart and mind that is won over, every child that is rescued from Marxist indoctrination, every person that rejects the Cultural Marxism of hyphenating based on ethnicity, is a head of the Socialist hydra that is chopped off. Lets burn the stumps so we can eventually chop off the seemingly immortal head. That’s going to take a spiritual “sword”, but that’s a deeper discussion for another time.