Americans Are Rioting & Looting: Father, Forgive Them, For They Do Not Know What They Do.” 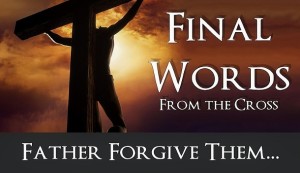 There is a quote from the second President of these United States of America that I use often, and in light of current circumstances, I feel it’s most appropriate to share it now.

On October 11, 1798, while addressing the First Brigade of the Third Division of the Militia of Massachusetts, on the subject of religion and morality, President John Adams (1735-1826) said,
“But should the people of America once become capable of that deep simulation towards one another, and towards foreign nations, which assumes the language of justice and moderation while it is practicing iniquity and extravagance and displays in the most captivating manner the charming pictures of candor, frankness, and sincerity, while it is rioting in rapine and insolence, this country will be the most miserable habitation in the world; because we have no government armed with power capable of contending with human passions unbridled by morality and religion. Avarice, ambition, revenge, or gallantry, would break the strongest cords of our Constitution as a whale goes through a net. OUR CONSTITUTION WAS MADE ONLY FOR A MORAL AND RELIGIOUS PEOPLE. IT IS WHOLLY INADEQUATE FOR THE GOVERNMENT OF ANY OTHER.”

When I see Americans acting like savages, viciously violating the Unalienable Rights of their fellow man and fellow American, because they are angry at the death of George Floyd, and I can do is say, “Father, forgive them, for they do not know what they do.” Luke 23:34.

We do not have a government armed with power capable of contending with human passions unbridled by morality and religion…and I hope we never do get such a government. John Adams was prescient, and 100 percent correct…this country is currently moving toward misery. Without self-control, without understanding and embracing the under-girding spirit of Judea-Christian morality, there can be no liberty. Without liberty, America cannot be the land of the free, nor the home of the brave. Without liberty, America is just like everywhere else…but possibly worse.