The Grace Given To Joe Biden When He’s “Being Biden”. 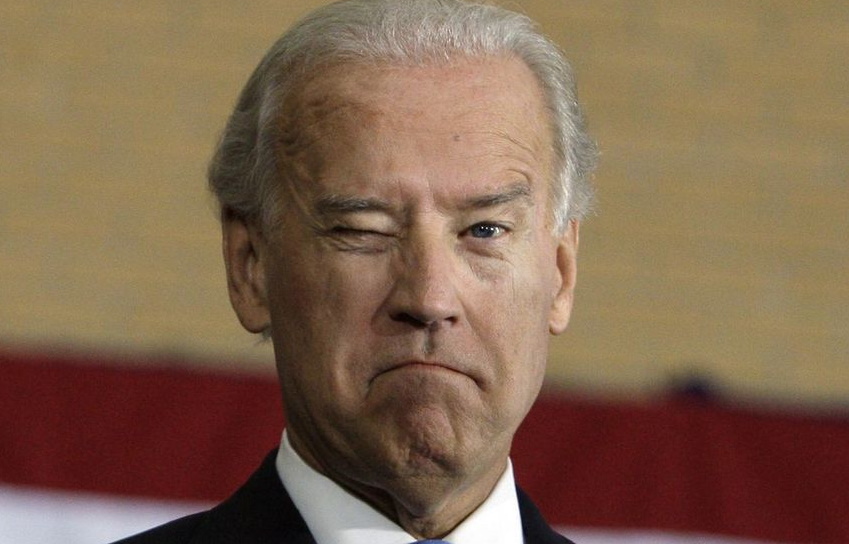 Does anyone else remember back in the summer of 2019, when the Democratic Party Presidential Primary contest was still raging a dumpster fire of confusion, with 23 contenders (everyone made fun of Republicans for having 17 contenders in 2016) all vying to see who was going to get the chance to lose to President Trump?

Well, a friend just brought an article to my attention that I’m surprised that I missed. Back on July 15, 2019, Business Insider published an article with the headline “Joe Biden worried in 1977 that certain de-segregation policies would cause his children to grow up ‘in a racial jungle'”, and it made me snicker, snort, and guffaw.

With many years of experience, I have learned to never trust “headlines”, and to make the effort to read the entire article, because usually, buried somewhere deep within, the actual truth, with proper context can be found.

When I read his actual statements, in their proper context, they were not as bad as you might assume. In the quote, which the article says appears to come from a congressional hearing related to anti-busing legislation, Biden emphasized wanting to “insure we do have orderly integration of society,” adding he was “not just talking about education but all of society.”

The article further quotes him as saying, “Unless we do something about this, my children are going to grow up in a jungle, the jungle being a racial jungle with tensions having built so high that it is going to explode at some point. We have got to make some move on this.”

In comments reported on in The New York Times’ story, Biden further worried that court-ordered busing, taking White students from the suburbs and putting them in urban schools, and vice-versa, would lead to a “race war” and engender resentment among both White and Black students. He specifically said, “You take people who aren’t racist, people who are good citizens, who believe in equal education and opportunity, and you stunt their children’s intellectual growth by busing them to an inferior school, and you’re going to fill them with hatred.”

Biden further expounded upon his concerns by painting a scenario about a hypothetical black student from Wilmington, in his adopted home state of Delaware (which he represented in the U.S. Senate from 1973 until 2009), where a Black person is more than twice as likely to live in poverty than a White person.


Biden mused, “you send him to Alexis I. DuPont, bus him through Centerville every day, then send him back to the ghetto. How can he be encouraged to love his white brothers?”

My fellow Americans, in fairness, I also disagree with the idea of “busing”. And, taken in context, I don’t have an issue with his overall point. #CrazyJoe Biden is undeniably, as I have often described him, a #WeaponsGradeMoron. He’s always been a “gaffe machine”, he’s definitely a pervert (do I really need to show you all of the video and images), and he’s very likely a rapists (anyone heard of Tara Reade)…but in this instance, he didn’t say anything terribly wrong or “racists”. But, it’s completely understandable why someone would interpret it that way.

However, I do have a massive problem with the fact that statements like those from Biden are “white-washed”, whereas you still have #MuseumGradeMorons running around feeling and believing that President Donald J. Trump actually said that White Supremacists and Neo-Nazis were “very fine people”, when he specifically excluded them, and explicitly condemned them.

After another question at that press conference, President Trump became even more explicit, saying “I’m not talking about the neo-Nazis and white nationalists because they should be condemned totally.”

Folks, I never liked Joe Biden to begin with, and his clearly documented tendency to grope little girls really made me despise him even more. The final nail in the coffin for me was after watching the documentary, “Created Equal: Clarence Thomas In His Own Words”, and seeing the #HiTechLynching of an honorable man, Clarence Thomas, gleefully led by then, U.S. Senator Joe Biden. But as much of a scumbag as I know he is…I’m not going to lie on the man, or purposely misrepresent the things he says.

Imagine if President Trump were given a fraction of the “grace” by the #LameStreamMedia that is constantly given to anyone with a (D) after their name. How much more peaceful would America be today, if the media weren’t constantly trying to sow seeds of racial/ethnic discord among us?