The Democratic Exoneration of Joe Biden 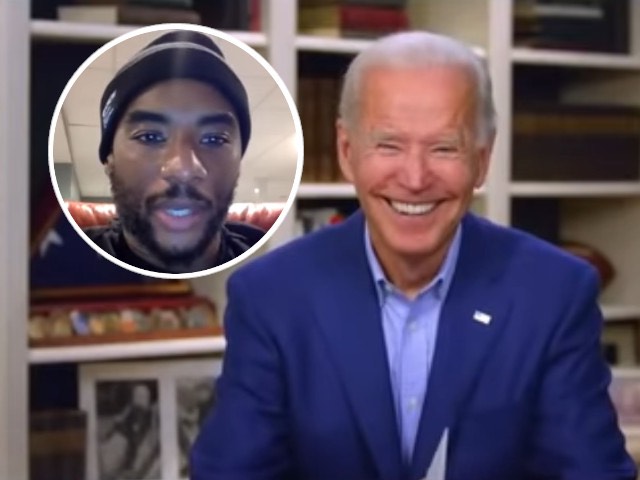 “If you have a problem figuring out whether you’re for me or Trump, then you ain’t black.” These are the words uttered by Joe Biden in an interview with radio host, Charlamagne. This statement is not unique to Biden. Representative Ayanna Pressley uttered similar words: “If you’re not prepared to come to that table and represent that voice, don’t come, because we don’t need any more brown faces that don’t want to be a brown voice. We don’t need black faces that don’t want to be a black voice.”

In other words, minorities who do not support and vote for the Democratic Party are not acknowledged as minorities. It appears that the Democratic Party wants diversity of ethnicities, but not thoughts. This ideology is evident on our college campuses, as a sample of 8,688 professors from fifty-one of the top sixty-six liberal arts colleges shows that the Democratic-Republican ratio is 10.4:1. In short, there are about 10 Democratic professors for every Republican professor in these colleges. This same study also found that the communications departments in these liberal arts colleges had 108 Democratic professors and 0 Republicans. Such evidence may help explain why many mainstream media outlets are biased against Republicans.

It is amazing how this story has not received much coverage in mainstream media outlets, but what is even more amazing is how some individuals are attempting to justify the statement. Ravi Perry, an activist and chair of the political science department at Howard University, says blacks should not be focused on Biden’s statement, but the idea that Trump can win the election again. “We have all the evidence in the world that he is not someone who has supported the interests of African-Americans, ” Perry says of Trump. “The evidence abounds everywhere. Why is that not enough for you?”

I find it astounding that intellectuals, journalists, and politicians endlessly repeat similar statements, yet never provide any evidence. The so-called evidence they do provide has been twisted to fit their preconceived notion. An example would be President Trump’s supposed statement that Nazis were “very fine people” at the Charlottesville rally. I was fooled by this media gimmick along with many others, but further research showed that Trump did not say that. In the same speech where Trump supposedly stated that Nazis were “very fine people”, Trump also said the following: “You had people—and I’m not talking about the neo-Nazis and the white nationalists. They should be condemned totally. You had many people in that group other than neo-Nazis and white nationalists.”

Multiple Democratic presidential candidates, such as Kamala Harris, Elizabeth Warren, and Cory Booker, jumped on this bandwagon and began to shamelessly spread these lies. I have not yet heard an apology from any of these candidates.

According to Stephen Moore, a senior economic analyst at CNN and a senior fellow at the Heritage Foundation, “The rate of job growth per month for blacks under Trump has so far been 40 percent higher than the monthly average under ‎Obama. Trump has averaged nearly 30,000 new black jobs per month. That’s especially remarkable because Obama was elected when employment was way down.”

Robert Johnson, the Democratic businessman who founded the BET television network, stated that he gives President Trump credit for “doing positive things, particularly for African Americans”. It should not be surprising that social and racial activists do not pay attention to any of the data regarding black unemployment and wages. Activists are like home inspectors. They must find something wrong by any means necessary in order to display their productivity to their superiors. In short, activists like Perry have an incentive to find racial disparities and automatically link them to racial discrimination in order to keep their jobs.

In 2018, Trump passed the First Step Act to combat the harsh prison sentences for drug and other nonviolent offenses. The first person that was released due to the First Step Act was Matthew Charles. Charles was originally sentenced to 35 years in prison for drug-related offenses. Alice Johnson was also another beneficiary of the First Step Act. Alice Johnson was serving a life sentence for five counts of drug trafficking and one count of money laundering. In addition to these two beneficiaries, the Wall Street Journal reported that 3,000 prisoners were going to be released. Trump also granted a pardon to Jack Johnson, the first black American boxer that became the heavyweight champion of the world. Jack Johnson originally applied for this pardon in 1920.

Regardless of these facts, journalists, politicians, and intellectuals have persuaded the masses to support their agenda and view them as if they were the anointed ones regardless of what Biden and others may have said and done. Many of their supporters also appear to be enjoying a feeling of moral superiority by demonizing those that disagree with them. Sadly, a dumbed-down education system that teaches individuals to value their feelings over facts and logic produces such results. What we can learn from current events is that these political agitators are very short-sighted. They are willing to say and do whatever it takes, regardless of the future consequences, to secure their election. In this case, these demagogues and their supporters are willing to go as far as relinquishing the cultural heritage of an individual if they do not support their ideology. The question I must pose to minorities, including myself, is simple: do we vote based on our skin color or our values?