Outgrowing Leftism: I USED TO BE THAT!

I have to shake my head when my more Liberal, Leftist-minded friends tell me that I should be more open to hearing “the other side of the argument”. I find myself wanting to yell, “Hello? Have you not listened to anything I have said?” You see, I used to be on “the other side of the argument”. Virtually everything you are saying, I used to say…everything!

My question is, can you say that you have ever been on “the other side of the argument”?

For example, being Pro-Abortion (also known as “Pro-Choice”)…I USED TO BE THAT! I used to believe that a man had no “right” to even have an opinion on abortion. I used to believe that it was more humane to basically murder a “fetus” in the womb than to let that person possibly live a life of poverty and discomfort.

Angry at White people…I USED TO BE THAT! Even though I wasn’t raised that way at all, it didn’t take very long after being immersed in what I now call, “the wretched sub-culture of ‘African-Americanism'” for me to begin to blame many, if not all of my lack of success on “the evil white man”.

Pro-Unions…I USED TO BE THAT! I actually believed that if it weren’t for labor unions “fighting for the little guy”, those greedy capitalists would totally screw “the workers” over, and hoard all of the wealth created by the workers. Of course, we especially needed Teachers Unions, because not only were they the only ones who truly cared about the education, welfare, and future of students, but they are the only ones who know what is best for kids.

Pro-Welfare…I USED TO BE THAT! Because I believed that Black folks had been given the crappy end of the stick in America, I used to believe that Welfare was really the most Christian thing to do. You know…helping the poor and all of that good stuff. Because, after all, without a large and powerful Federal Government being there to “redistribute wealth” and “provide for the general welfare”, little children (especially Black children) would be half-naked, starving and living in the streets, because we are all too selfish to help our fellow man.

Believe that the Constitution said that a Black person was only 3/5ths of a human being…I USED TO BE THAT! Yep, I was certainly lead to believe that those “evil, old, dead white men” we call “Founding Fathers” were all just a bunch of racists who saw my ancestors (and me by default) as being less-than-human.

Believe that the Republicans want to put Blacks “back on the plantation”…I USED TO BE THAT! Oh yeah, I truly had been led to believe that the GOP was doing everything they could to put me and my people “back in chains” because they never wanted us to be free, to begin with.

Believe that “Conservatives” were nothing more than closeted racists…I USED TO BE THAT! Without a doubt, when you said you were a “Conservative”, I was led to believe that you literally had a white pointy hood hanging up in your closet.

Believe that the 2nd Amendment only applied to a “militia” and that the average citizen has no need to own a gun…I USED TO BE THAT! I mean, seriously…what do you need a gun for, when, in a life or death situation, you can pick-up the phone, dial 9-1-1, and the cops will be there within about 10 minutes?

Believe that the Democratic National Committee (DNC) truly “cared about the little guy” in general and Black folks in particular…I USED TO BE THAT! I bought that one, hook, line, and sinker. Plus, they always told me that, so what reason would I have to doubt them? Oh, and whenever I watched programs like the NAACP Image Awards, they were always praising Democrats, so it had to be true.

Believe that we need the Federal Government to step in and “manage the economy”…I USED TO BE THAT! After all, only the wisest people, like bureaucrats who work for the government and of course the elected officials, are the only ones who really know how-to and care about creating jobs and growing our economy.

Believe that, if we don’t bother them (our enemies overseas), then maybe they wouldn’t be our enemies and they wouldn’t bother us…I USED TO BE THAT! Because, the United States Government, is the most oppressive force in the world…unless of course, it’s being run by Democrats.

Believe that “Multiculturalism” makes perfect sense…I USED TO BE THAT! Because a person shouldn’t have to try to integrate and assimilate into the culture of their adopted country, right? I mean, only a racist would be so crazy as to suggest that…if you left your homeland to come here for something better…that is by default an admission that in some significant way, your homeland was inferior to his country.

Believe that America is not the “greatest nation on earth”…I USED TO BE THAT!! I somehow came to the conclusion that perfection is a requirement for greatness. No other nation in the history of the world must be held to this standard of perfection, just the USA. Since America isn’t perfect, it can’t be good; and if America isn’t good, it certainly can’t be great! I mean, seriously, look at all of the flaws of this nation today, let alone all of its terrible injustices carried out against my ancestors.

So yeah, I USED TO BE ALL OF THAT! The obvious question is, “So what changed?” You obviously want to know how I went from BEING THAT, to being what some would call a “right-wing extremists”.

My journey began on January 6, 2001, right after Texas Governor, George W. Bush was declared to be the 43rd President of the United States. I was pissed off because my emotions and indoctrination led me to believe that “Dubya” and his racists’ cohorts stole the election from the righteous and rightful President, Al Gore. I wanted to understand this whole “electoral college” thing, so I applied the logical, linear, analytical thought process learned in my professional career, and I went and actually read the U.S. Constitution for the first time. I’m going to tell you that I didn’t like what I read. However, I couldn’t deny that it not only made sense but sure enough, according to what I read, George W. Bush was legally the President. But then, something caused me to actually read the Declaration of Independence for the first time. Wouldn’t you know it, for some odd reason, it actually made sense to me also.

You see, most people are way too arrogant, or way too insecure, to ask themselves that question…and then follow it up with action and research! I have found that when someone is a truth-seeker, they will usually eventually find the truth if they keep asking, seeking, and knocking. My Bible tells me in Matthew 7:7-8 (NKJV) that I should, “Ask, and it will be given to you; seek, and you will find; knock, and it will be opened to you. For everyone who asks receives, and he who seeks finds, and to him who knocks it will be opened.” It also tells me in Proverbs 1:7 (NKJV) that “The fear of the Lord is the beginning of knowledge, But fools despise wisdom and instruction.”

So yeah, I began a journey of growth, and I began seeking knowledge and understanding from those who God put in my path to help instruct me and imbue wisdom into me. I realize now that the journey will be never-ending. I have learned to love gaining wisdom and knowledge because, as Proverbs 2:10 (NKJV) says, wisdom has entered my heart, and knowledge has become pleasant to my soul.

But honestly folks, I simply don’t ever want to be like the ignorant donkey I used to be.

Yep, just like that! Thank God I’m not that anymore! 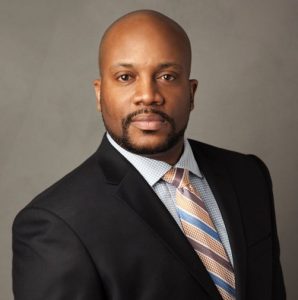 Christopher Harris serves as the Executive Director of Unhyphenated America. He is a staunch Christian Constitutional Conservative who relocated from Colorado to Washington D.C. as a Congressional Intern for long-serving (10 terms) U.S. Representative, Joel Hefley (CO-5th). He has also worked as a volunteer on multiple political campaigns, at the Statewide, and National level. Christopher has been a frequent guest on the "Tucker Carlson Tonight" show on Fox News, as well as "Fox & Friends", and the "Megyn Kelly Show". He's been a guest panelist on the "CNN Tonight with Don Lemon Show" several times, as well as doing election coverage on the Turkish Radio & Television network. Christopher has also been a guest, and a co-host, on numerous radio shows in the U.S., as well as shows from Great Britain. Christopher has also been asked to be a guest speaker at GOP Events in Maryland and Virginia. Christopher is a proud "Air Force Brat" who spent his formative years overseas in Europe and Asia. Christopher is an Entrepreneur and has a degree in Business Management from the University of Phoenix. He and his wife, Tanya, reside in Fairfax County, VA.

Reporters and the National Anthem: Feel the Patriotism!!

Charleston South Carolina, a “shining city upon a hill” 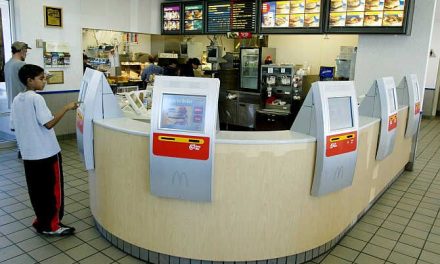