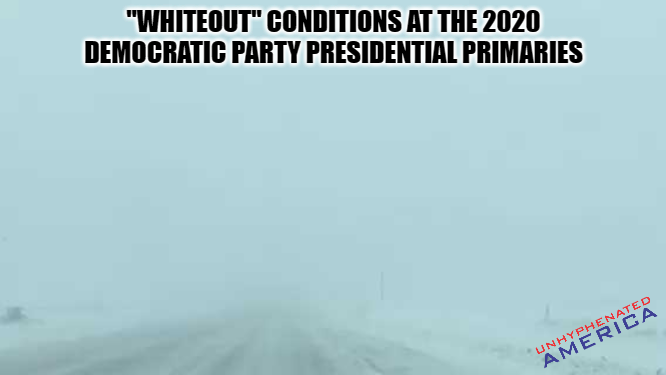 I’m no weatherman, but I predict a “Whiteout” of epic proportions in the middle of the summer in Milwaukee, WI. Why? Because that’s the location of the 2020 Democratic National Convention in July.

By “whiteout”, I mean that Democrats will have a glaring “absence of color” on stage at the convention. If you thought #OscarsSoWhite was bad, consider the Democratic Party of 2020.

With a field that once contained as many as 17 potential candidates, Democratic candidates represented the most “diverse” group in the history of American presidential politics. They had four Blacks (Kamala Harris, Corey Booker, Deval Patrick, and Wayne Messam), a Hispanic (Julián Castro), a young female Pacific-Islander (Tulsi Gabbard), and they even had a young Asian (Andrew Yang). Democrats had gay and straight, young and old. Essentially they had them 8-to-80, blind, cripple and crazy. The field looked like a Benetton commercial with a Geritol shameless plug. You even had another Black guy, former Attorney General, Eric Holder publicly toying with the idea of throwing his hat into the ring.

However, in the unlikely event that Americans tune their TVs to CNN tomorrow to watch the debates (or just watch ESPN or HGTV like hundreds of thousands of Americans usually prefer to do), they will witness a stunning lack of “diversity” on the dais.  The lack of “color” on stage will be so stunning that even The Babylon Bee had to point out that you “No Longer Need a Color TV To Watch The Democratic Debates”. 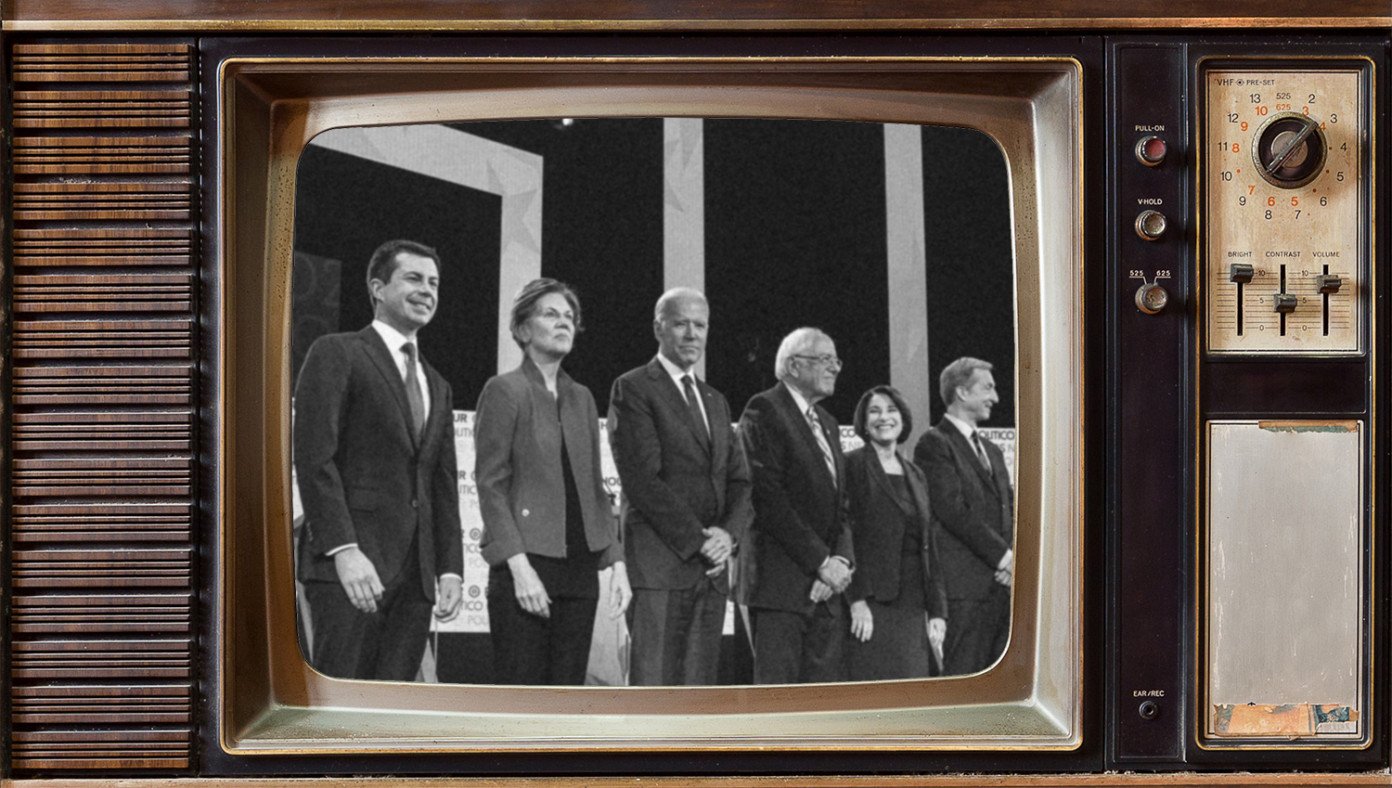 For all intents and purposes, Democrats can harken back to their past and post a sign: NO COLOREDS.

In 2008, America had finally broken the “color barrier” by electing the first non-White person into the highest elected office in the land. Yes, a Black man became the President of the United States and de facto leader of the free world. But have Democrat voters had enough of their Blacks? What happened to the “Big Tent Party” the Democrats declared of themselves years ago.

Understand that Unhyphenated America staunchly opposes what we call “The Diversity Boondoggle”, and we believe the Federal Government is the largest racial profiler on earth and that the only people who truly benefit long-term from government-mandated “diversity” programs are politicians and career bureaucrats. It should be about the content of character, your ability to communicate your principles and ideals, and your performance. In America, especially in 2020, “diversity” doesn’t have to be forced. It can and does happen organically, based on shared values. We actually don’t have a major problem with the fact that the DNC primary voters have spoken, and that even the Washington Post pointed out that candidates like Cory Booker never really got any “love” from the voters.


We believe that rules should be clearly established, and openly communicated, so that all individuals who choose to participate and compete can know what they’re getting into, and either rise or fall, succeed or fail, based on their merits. Even DNC Chairman, Tom Perez made it clear that it’s [Democrat] voters’ fault that the stage lacks any “diversity”. He said, “If you want to make sure that a candidate of color makes the debate stage, when a pollster calls you, make sure you make that preference felt because that is how you move the polling needle and, again, the voters are the ones who are making these decisions.” Each candidate had to have at least 200,000 unique donors, and garner at least four-percent support in four qualifying polls or at least six-percent support in two approved early voting state polls. Those qualifying states were Iowa, New Hampshire, Nevada, or South Carolina.

We just find it rather amusing that, here we are, in 2020, the dawn of a new decade, and The Left is still droning on, and lecturing the world on race, “diversity”, equity, and inclusion, as their top candidates for the presidency are primarily rich, old, white people. Ironically, they selected these candidates on the heels of a Black president they claim is the greatest person to ever occupy the Oval Office. They are pointing out the speck in everyone else’s eye while ignoring the plank in their own. Hypocrite, much?

A warning to all who are planning on attending or watching tonight’s 2020 Democratic presidential primary debate at Drake University in Des Moines, IA, the forecast is calling for “Whiteout” conditions. #DNC2020SoWhite