Can we address the elephant in the room? Mayor Pete has a “Black problem”! 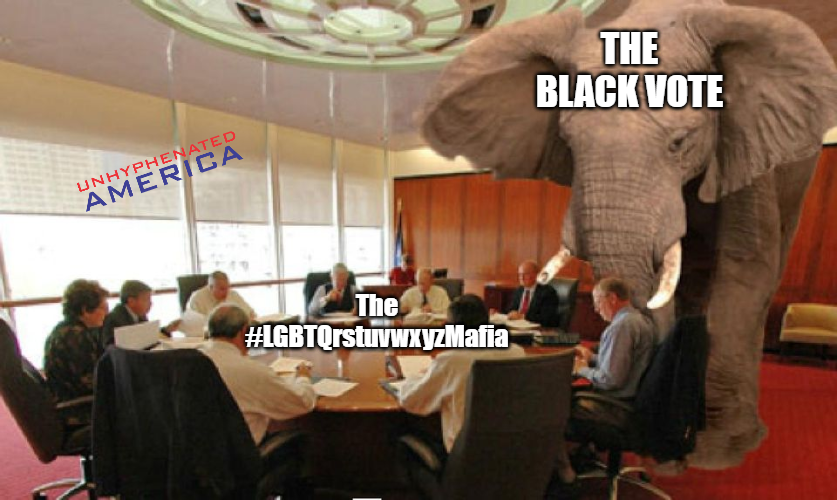 In his Oct 24, 2019 op-ed in the HBCU times, Mayor Pete Buttigieg touted that he and his “The Douglass Plan: A Comprehensive Investment in the Empowerment of Black America” had the support of Black political leaders in South Carolina like Columbia City At-Large Councilwoman Tameika Devine; Ivory Thigpen, the Pastor of Rehoboth Baptist Church and State Rep for the 79th District; and Johnnie Cordero, chair of the state party’s Black Caucus.

There are many things wrong with this, which we will address, but let’s begin with the fact that Mayor Pete was dishonest about having their support. It’s hilarious to me that the people most surprised by the support he received from these Black political leaders…were those leaders themselves.

According to a story from The Intercept, when Tameika Devine was asked by The Intercept about her support of Mayor Pete, she stated that she “did not intend her support for the plan to be read as an endorsement for Buttigieg’s candidacy”, and believes the campaign was “intentionally vague” about the way it was presented.

Folks, if we judge the statements of the Buttigieg campaign according to the “journalistic standards” that the Lame Stream Media has used for judging any and everything said by President Trump, that means that a statement that could be judged as “intentionally vague” is essentially a lie. At the very least, a lie of omission, but a lie, nonetheless. But the bigger question is, why did Mayor Pete lie?

There is no need to sugarcoat it anymore, let’s address the elephant in the room. Mayor Pete Buttigieg lied quite simply because as a member of the #LGBTQrstuvwxyzMafia, he has a “Black problem”!

Before we go deeper into the “Black Problem” that a die-hard Democratic Socialist like Mayor Pete and his ilk have, let’s address him having the unmitigated gall and temerity to name his “plan for Black America” after a man like Frederick Douglass. Buttigieg’s website says:

“After the accumulated weight of slavery and Jim Crow, America cannot simply replace centuries of racism with non-racist policy; it must intentionally mitigate the gaps that those centuries of policy created.”

Anyone who has ever studied Douglass knows that he pretty much hated the Democratic Party. Maybe he hated the DNC because he was born as a slave in 1818, and knew first hand that it was Democrats who enslaved him and were constantly fighting to enslave and otherwise oppress him and every other Black person in America. He had reportedly said, “I am a Republican, a black, dyed in the wool Republican, and I never intend to belong to any other party than the party of freedom and progress.”

For a Democratic Socialists like Buttigieg to try to create another big government program to “help Black people”, and then name it after Douglass is nothing less than insulting to the memory of Douglass. He made it absolutely clear in his January 1862 speech entitled, “What Shall Be Done with the Slaves If Emancipated?” that he wanted absolutely no “help” from people like Buttigieg. This man who ran away from slavery and then spent the rest of his life promoting liberty and justice for Blacks said,

“Our answer is, do nothing with them; mind your business, and let them mind theirs. Your doing with them is their greatest misfortune. They have been undone by your doings, and all they now ask, and really have need of at your hands, is just to let them alone. They suffer by ever interference, and succeed best by being let alone. The Negro should have been let alone in Africa — let alone when pirates and robbers offered him for sale in our Christian slave markets — (more cruel and inhuman than the Mohammedan slave markets) — let alone by courts, judges, politicians, legislators and slave-drivers — let alone altogether, and assured that they were thus to be left alone forever, and that they must now make their own way in the world, just the same as any and every other variety of the human family.”

Furthermore, in a letter to a member of the Ohio General Assembly, James McCormick Dalzell, dated October 3, 1883, Douglass said,

“In politics, I am dependent upon one or the other political party, and I am foolish enough to think that the Republican party may as safely be trusted with the destiny of the Republic and the rights of the colored people as the Democratic party, and in this I know I am right. For the life of me I cannot see how any honest colored man who has brains enough to put two ideas together can allow himself under the notion of independence to give aid and comfort to the Democratic party in Ohio or elsewhere. Woe to the colored people of this country when the Republican party shall triumph in spite of the treacherous votes of colored men. Bad as our condition now is, it would be worse then. We should neither have nor deserve the confidence of any party, and would, to use a slang phrase, “Be out in the cold.” My advice to colored men everywhere is to stick to the Republican party. Tell your wants, hold the party up to its profession, but do your utmost to keep it in power in State and Nation.”

Mayor Pete was intentionally vague (lied) about the support he received from Black political leaders in South Carolina because he knows that no Democrat can win the Presidency without at least 90 percent support from Blacks. You see, the majority of Blacks in America live in the South, and South Carolina has the first Democratic Primary of the 2020 election season in the South. Winning that primary is crucial because there are four other southern states that have their primaries just three days later on “Super Tuesday”, and if you’re not leading or in a close second place after that, you may as well pack it in and go home, because your campaign is dead.

You see, despite the relentless attempts by the Obama loving #LGBTQrstuvwxyzMafia since 2008 to convince us that “Gay is the New Black”, the truth of the matter is, for older Blacks, especially those from the “Silent Generation” like 79-year-old U.S. Representative James “Jim” Clyburn (D-SC-6th), Mayor Pete’s homosexuality is an issue for many Black voters.

The DNC is going to do their level best to mitigate this issue and make it seem like they are not suffering from internal strife, but all is not well in the “big tent party”. As the party moves further Left and constantly pushes a more Pro-LBGT agenda, Blacks, particularly from Gen-X, the Baby Boomers, and the “Silent Generation”, are increasingly becoming aware that they have been pushed to the back of the DNC bus.

The simple truth is, Mayor Pete is a “prophet” of the LGBT movement who is not even liked, let alone respected, in his own hometown. South Bend, Indiana has a population of just under 102,000 people, 26.4 percent of whom are Black. U.S. Rep. Marcia Fudge (D-OH-11th), the former chairwoman of the Congressional Black Caucus, told The Daily Beast that she didn’t know if Mayor Pete had a least “one Black person out of Indiana that supports him.” Back in June 2019, a Black woman in the town he governs said to him, “You’re running for president and you want Black people to vote for you? That’s not going to happen.” In an amazing display of hubris, Mayor Pete retorted, “Ma’am, I’m not asking for your vote!” Man, just imagine any Republican candidate saying that to a Black voter!

Most Blacks in the South, particularly older Blacks, are religious, and regular churchgoers. No matter how much they love the DNC, and how far they have strayed from their purported religious convictions, Mayor Pete is apparently finding out that there are limits to their willingness to chose party over the Word of God. Furthermore, 1 Timothy 5:8 (NKJV) of the Holy Bible says,

“But if anyone does not provide for his own, and especially for those of his household, he has denied the faith and is worse than an unbeliever.”

Mayor Pete is attempting to pander to the Black electorate in South Carolina with a “plan” named after someone who despised Democratic Socialists like him and everything they stand for. Meanwhile, he is failing to respect, let alone do anything for Blacks “in his household” of South Bend, so why should Blacks in South Carolina trust him? Sounds to me like they don’t.