The Importance of Criminal Justice Reform 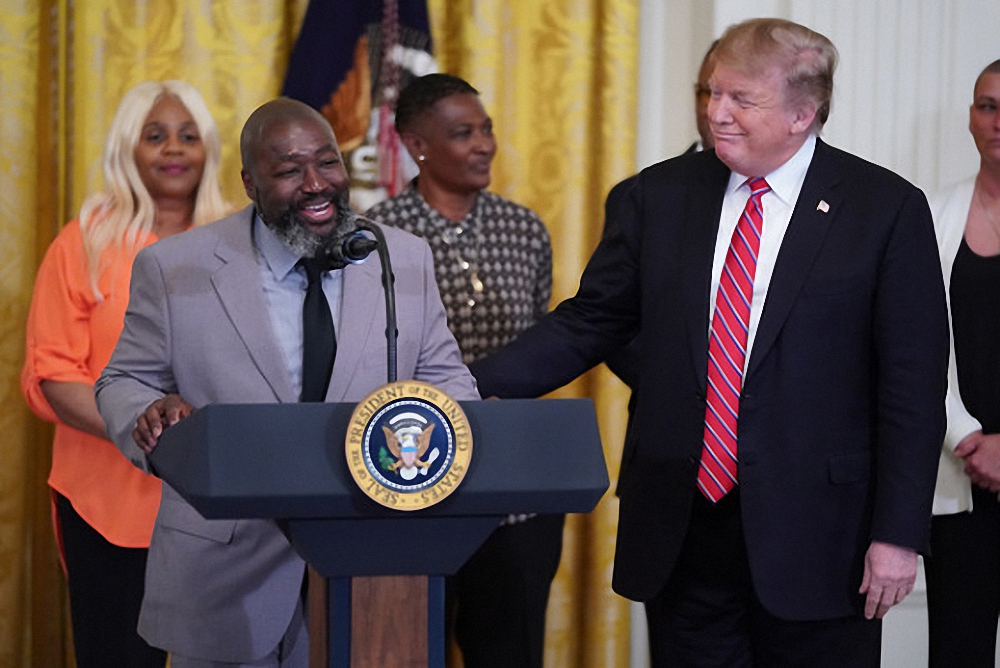 Did you know that most of the founding members of the Congressional Black Caucus (CBC), like Charlie Rangel (D-NY) and the recently deceased John Conyers (D-MI) were for tougher drug sentencing laws? They realized the impact of drugs in the Black community and wanted to see justice served to those who were poisoning Black children.

However, under President Trump, the CBC seems to have reversed course. In other words, they were for it…before they were against it.

In President Trump’s First Step Act, landmark legislation regarding criminal justice reform, the CBC refused to recognize his efforts, instead crediting others:

“I applaud Congressman Jeffries, Congressman Collins, Chairman Goodlatte, Ranking Member Nadler, Congresswoman Jackson Lee, the ranking member of the Crime, Terrorism, Homeland Security, and Investigations Subcommittee, Congresswoman Karen Bass, Senator Booker, Senator Harris, and others for working to pass this legislation, and I look forward to working with them on all that is left to be done to ensure our justice system is fair.”

“This legislation is what it says it is: a first step; and while it is an important first step, it is not comprehensive criminal justice reform.”

Understand that under 8 years of President Obama, nothing was accomplished in the way of criminal justice reform. Democrats argue that Obama wasn’t allowed to pass legislation, obviously blocked by Republicans. If that’s the case, then how was President Trump able to get bi-partisan support and accomplish the task? The question definitely must be asked as to why Obama was unable (or unwilling) to get it done during the 111th session of Congress when his party controlled both the House and Senate, and there was basically nothing Republicans could have done to stop it.

Van Jones certainly understood the importance of President Trump’s work, as he says in this video:

If you want to understand what the First Step Act accomplishes, look at what happened on April 1st of this year, when Matthew Charles was released from federal prison after serving 20 years for selling crack cocaine.

The First Step Act helps all Americans. By returning non-violent offenders to society, we reunite families. But more importantly, we help former criminals return to society as productive members. No group needs this help more than Blacks.

According to the Criminal Justice Fact Sheet published by the NAACP, even though Blacks in America make up only 13% of the population, we make up 34% of the total correctional population. Blacks in America are incarcerated at more than 5 times the rate of Whites.

The NAACP, which is not exactly a right-wing organization, reported that if Blacks and Hispanics were incarcerated at the same rate as Whites, prison and jail populations would decline by almost 40%. The major cause of this disparity can be directly attributed to drug sentencing.

Even though studies have shown that Blacks and Whites use drugs at similar rates, the imprisonment rate for Blacks for drug charges is almost 6 times higher than that of whites. Blacks use drugs proportionately to the Black population but are 29% of all arrests for drug offenses, and 33% of all incarcerations for drug offenses.

Almost all major cities in America showcase criminal justice inequities. Yet these cities tout their perceived progress in this area.

However, we found that the City of Brotherly Love doesn’t live up to their claims.

Pennsylvania’s 2nd and 3rd Congressional districts encompass the city limits of Philadelphia, represented respectively by Democrat Congressmen Brendan Boyle, and Congressional Black Caucus member, Dwight Evans. It is in these districts where Unhyphenated America participated in a test of how Blacks were feeling about criminal justice reform.

Philadelphia is the 6th largest city in America, with a population of 1,584,138. Blacks comprise almost 44 percent of the city’s population. We polled over 120,000 Black registered Democrats and Independents to get their take on criminal justice reform and the city’s violation of equal protection for its citizens.

The results were shocking.

Americans must believe in our criminal justice system. Unhyphenated America is doing its part to make sure that Americans are educated about the facts.

We will be polling in more locations, making sure that the Americans most impacted by the criminal justice system have their voices heard.