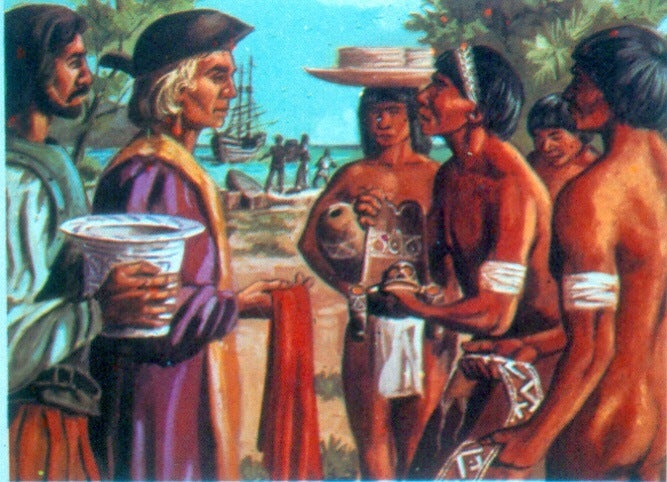 I heard a story on the radio today that several cities are ditching Columbus Day in favor of celebrating “indigenous people’s day”. As I was talking to my daughter about it, I was reminded of something a radio host named Al Kresta said (paraphrased) concerning the Black Lives Matter movement. “I agree with the sentiment, but not the organization.”

I have no problems with celebrating the achievements of the various indigenous tribes (formerly called Native Hyphen Americans) or even having a day for it. The problem is that this particular day (Columbus Day) was chosen not as a celebration of the Indigenous People, but as a way to tear down Christopher Columbus, and by extension, the History of the United States.

This isn’t new, though. One thing that’s particularly interesting about this fiasco is that in the early 20th century the KKK decided that celebrating this Catholic was a “Papal Fraud” and burned a cross at the Knights of Columbus hall in Pennsylvania to show their disapproval.2

We don’t have to tear down our founder to honor the indigenous though, if that’s what you actually want to do. In 2016 Rev. Eugene F. Rivers III of the Seymour Institute for Black Church and Policy Studies said

“To celebrate one cultural group does not require that we denigrate another… Rather than renaming Columbus Day, why not add another holiday, Indigenous Peoples Day, to Baltimore’s calendar in honor of Native Americans?”

But a lot of people do want to denigrate Columbus. From what I’ve seen, there seem to be two main reasons for the desire to abolish his memory.

SJWs like to point out the failures of our government’s response to the indigenous are the failures, and while there is some truth to this, it’s not a one sided issue. Some tribes were more violent than others. There were wars between the tribes as well as fighting between the indigenous and the European settlers. Some, however have pointed to Columbus himself, though. And while he wasn’t perfect, (go figure, he’s human) he’s not the monster that he’s made out to be. Here are a few of the lies told about him.

Columbus was a brave man, but he was a man. What he did is worthy of honoring, as he made the world aware of what eventually would be the home of the greatest country in history- The United States of America.