Mizzou is paying the price for appeasing #BLM 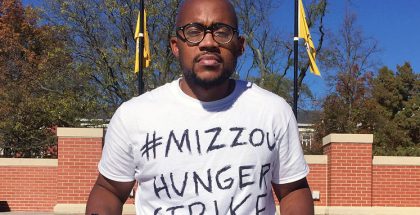 How many businesses do you know of that could survive a 35% decrease in revenue over a two year period? Well, that’s what the University of Missouri (Mizzou) is dealing with, as a result of their attempted appeasement of the petulant domestic terrorist organization known as Black Lives Matter (#BLM).

The incoming Freshman class at Mizzou is going to be about 2,158 students smaller than previous incoming classes, before Mizzou took the Neville Chamberlain approach to dealing with #PreciousSnowflakes.

Assuming a student is enrolled in 14 credit hours each semester, Mizzou generates between $22,618 for In-state Tution, and $27,184 for Non-Resident Tuition, plus Fees, Room/board revenue. The median revenue per student is $24,901.

Doing some quick math, it looks like appeasing #PreciousSnowflakes has a price tag of at least $53,736,358. And that doesn’t include the over 70% decrease in contributions by alumni and other donors. 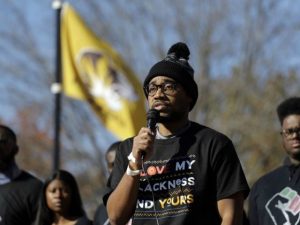 Make no mistake, Colleges and Universities are in fact…businesses, and like any other business, they can go out of business as a result of bad management. If you don’t believe me, look at what happened when Burlington College (i

I guess the next time the spoiled and entitled son of a wealthy railroad executive, like Jonathan Butler (pictured above) decides to go on a hunger strike, rather than try to appease him, the University should take a page from the Yale College Republicans, and have a barbecue right next to him, and wait for him to crack.