Ask many conservatives, and the rise of Donald Trump in the Republican Party to become the presumptive GOP presidential nominee remains an enigma to them. After all of the flip-flops, the crude comments, and the support for Planned Parenthood and Obamacare, how did Trump win a plurality of Republican voters?

The answer, perhaps, can be found in a phenomenon seen on the reality TV show “American Idol.” In 2007, fans of the show united behind a dark horse contestant, who defied the conventional wisdom and the “establishment” judges who deemed him unworthy, and turned the system upside down. I do not think it is a stretch to say that Donald Trump is the Sanjaya of American politics.

The Sanjaya Malakar phenomenon is eerily similar to the love affair GOP voters seem to have with Trump. For those of you who do not follow reality TV (and if you don’t, kudos), Sanjaya became a fan favorite on the sixth season of Idol, and even though he didn’t have the talent of the other contestants, he used his charming personality and appeal to young girls to become one of the top ten finalists on the show.

Sanjaya was not well regarded by the American Idol judges (Simon Cowell in particular), but his fans didn’t care, whose voting power kept him on the show far longer than he deserved. Sound familiar?

The cult of personality phenomenon that benefited Sanjaya apparently was not limited to teenage girls. Donald Trump has managed to build a similar army of die-hard followers who stand by him despite countless missteps and anti-conservative statements. The Trump movement highlights the pitfalls of this blind devotion: the problem with Trump supporters isn’t their affection for all of the solutions he promises, but rather their willingness to gloss over his shortfalls. They are acting like that Sanjaya fan whose reactions to his singing made her a viral meme:

Just the day after John Kasich dropped out of the race to make him the last man standing, Trump made several troubling statements and flipped-flopped on more than one issue. He endorsed a tax hike, a rise in the minimum wage, single payer healthcare, and announced he was no longer self-funding, IN ONE DAY. Such statements, had they been made by an “establishment” Republican, would have earned the wrath of the conservative right and the Tea Party, but among those who support Trump, there is silent indifference.

In most cases of the cult of personality, the movement implodes when the followers either wise up or the object of their affections crosses the line where even blind devotion cannot protect them. In the case of Sanjaya, he was eventually voted off of the show in seventh place, much to the relief of judge Simon Cowell. Sanjaya has since faded to relative obscurity, proving again that popular opinion isn’t always correct in assessing one’s talent and ability.

In Trump’s case, the “Make America Great Again” bubble has yet to burst, and in truth, it has yet to be seen if Trump’s supporters are correct in their belief that he is a savior for conservative values. Given his high negatives among voters across the board, he may never get the chance to prove himself.

Of course, Trump himself could shed any Sanjaya parallels by refusing to pander and demagogue. He could drop his populist rhetoric and engage in some reasoned discussions about his principles and what he will do as President. There is still time for Trump to reset the tone of his campaign. Now is not the time for conservatives to “fall in line” and support the nominee of our party, regardless of who it is. It is time for Trump to earn our vote as a conservative statesman, and not because we are entertained or coddled with his words.

A Trump Presidency and Black America

The Cultural Importance of the Creative Entrepreneur 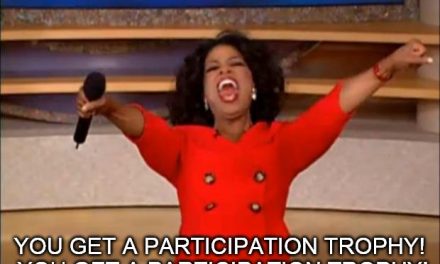