A Trump Presidency and Black America

I get it. Many of you hate our nation’s 45th President, Donald Trump, for one reason or another. I hear you, and I see the look on your face when I mention his name.

But, this isn’t about President Trump, this is about our future. Regardless of who is in the White House, we must be able to formulate solutions to whatever problems that may arise for our communities. Have there been systemic issues? Yes. Are we survivors through many things, both in, and out of our control? Yes. We get so wrapped up in Donald Trump being president that many so called “leaders” in our communities (many of them who don’t even live in our communities to begin with) forget about us doing the best we can to make our communities a safe and decent place to live. 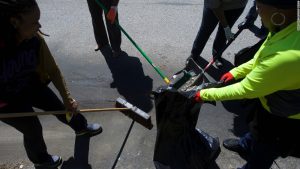 If these black radio hosts, TV commentators, and entertainers, would talk about blacks pooling together our resources as much as they talk about their disdain for Donald Trump, or their love for our 44th President, Barack Obama, black America could make serious moves in a positive direction. 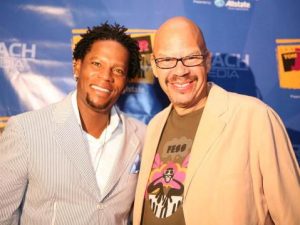 Instead of focusing on things entirely within our control, blacks in positions of power will often focus on things we have little to no control over, such as racism, and prejudices. These are sins of the heart, that we cannot legislate, nor force from someone’s heart and mind. Why not speak on what we can control? If you drive through the average black community, in general, who runs the local stores? Who controls the local gas stations? Who owns the local grocery store? 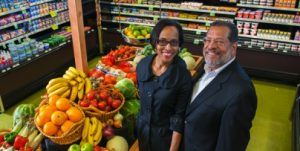 Michele Speaks-March and Erich March in the now-closed Apples and Oranges Fresh Market.

Why not speak on topics of blacks forming their own Silicon Valley? Why not have their own economic structure and be in control of the dollars going in-and-out of the community? Why not take control of the public schools in our communities?

Because many blacks in America believe (but have no evidence) that Donald Trump is the ultimate racist and is against us, now would be a good time to work together, even if it’s for misguided reasons. Now would be a good time to figure out real solutions and not sit on the sidelines and complain. If we’re honest with ourselves, we have to acknowledge that we missed that opportunity during Obama’s presidency, let’s not miss the opportunity now.